After my plates came in the mail, and I was tagged as “BUB 558″, it was most definitely time to submit the application for a personalized plate.  In Iowa, it’s a $25 application process, then an additional $5/yr on top of your normal registration.  The form allows you to make up to 5 choices, and they’ll choose the first one that isn’t already taken, and isn’t something scandalous.

After an arduous 3 weeks of uncertainly, the notice came in the mail. My plates were ready for pickup!  “ABARTH” was already taken, so I was issued “4B4RTH”. Much better than “BUB” 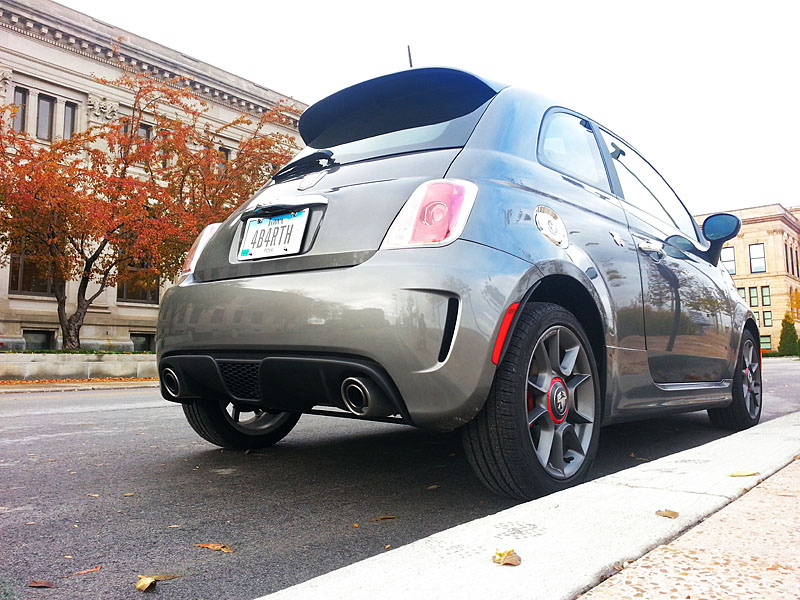 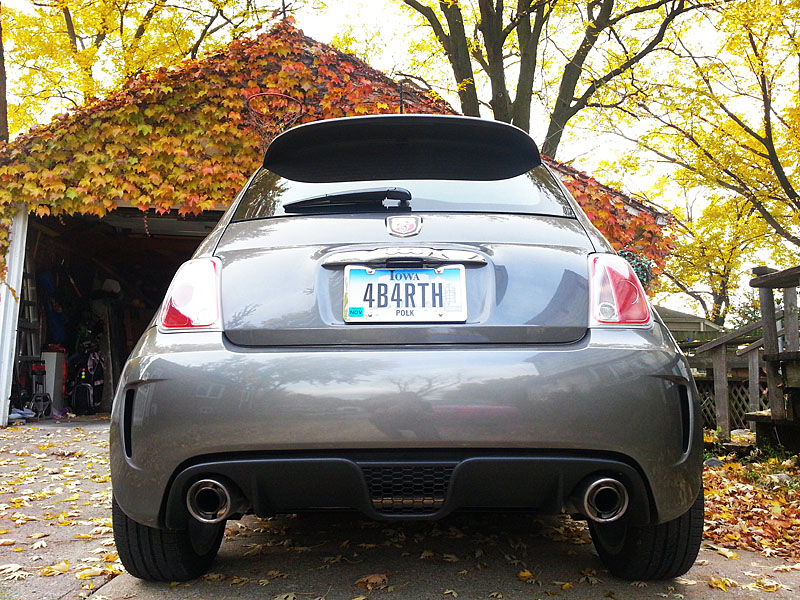 My other vehicles are far from stock. The ’94Z has a cammed 3400 engine swap with longtube headers for example.  So, how long can I keep the Abarth stock? Apparently, 3 weeks.

Starting things off simple. Just a replacement intake pipe and the cool chrome fuel filler. Will try to hold off on anything else until after winter, but no promises!

Why did I just go for the replacement aluminum pipe, rather than a full cone intake system? The stock system draws in cool air from behind the headlight, and appears quite efficient, aside from the bit of a bottleneck in the piece I’ve replaced. The other aftermarket systems seem to lose this “ram air” advantage, and some route the intake pipe right over the turbo, causing a drastic increase in IAT (Intake Air Temperature). 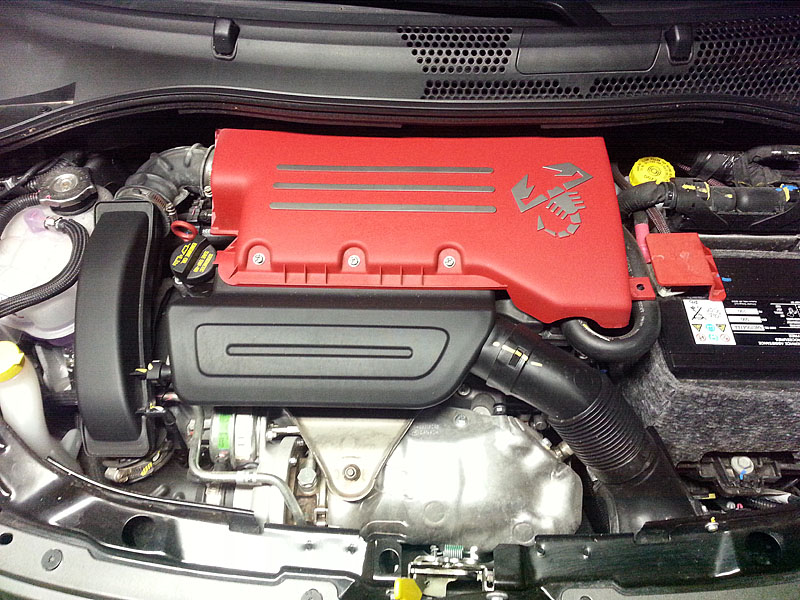 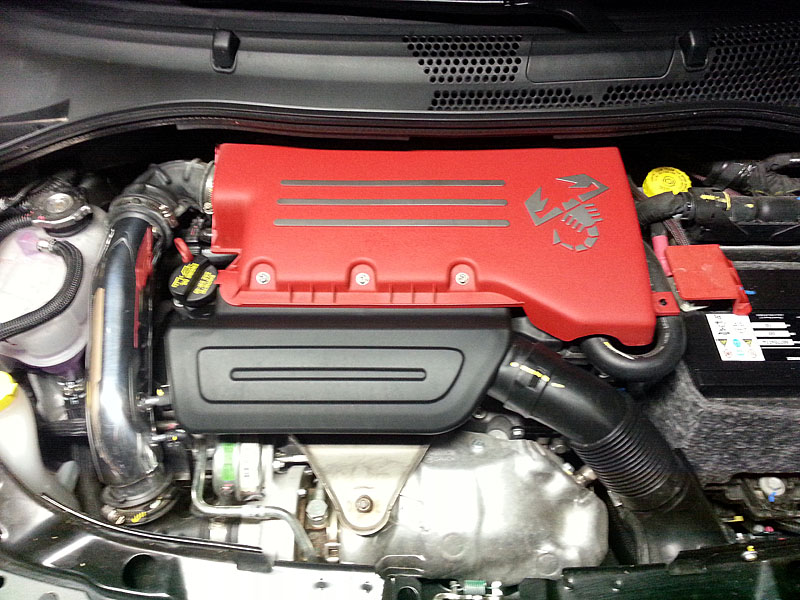 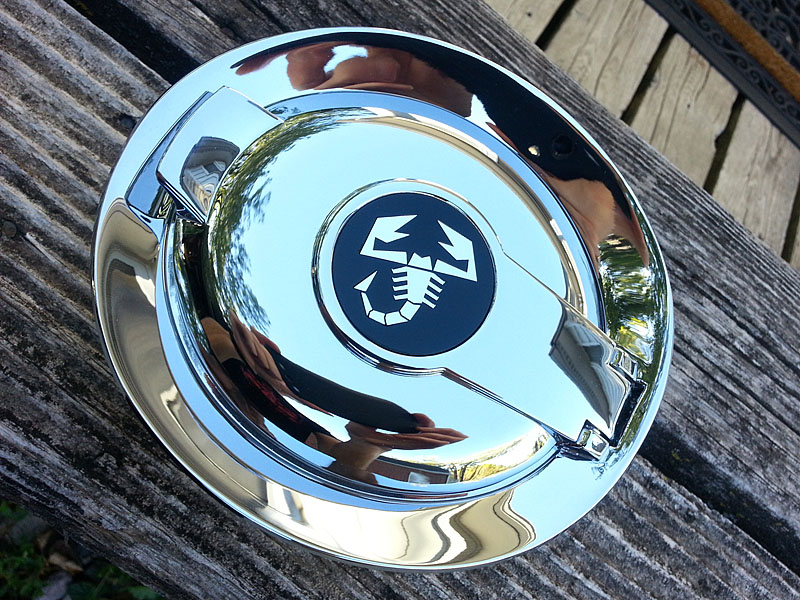 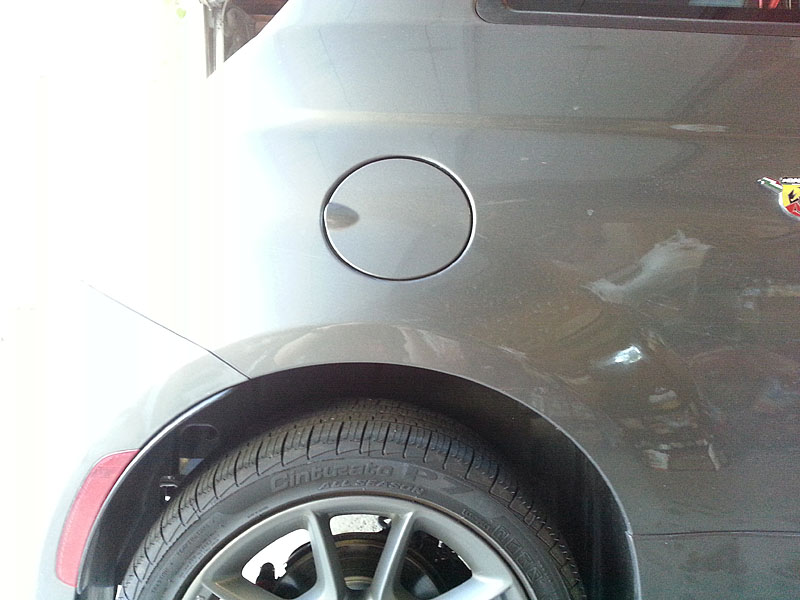 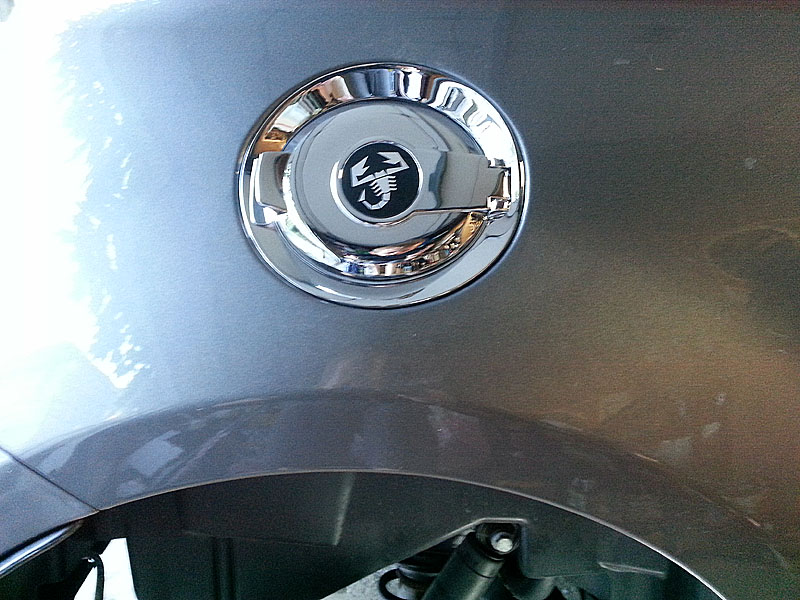 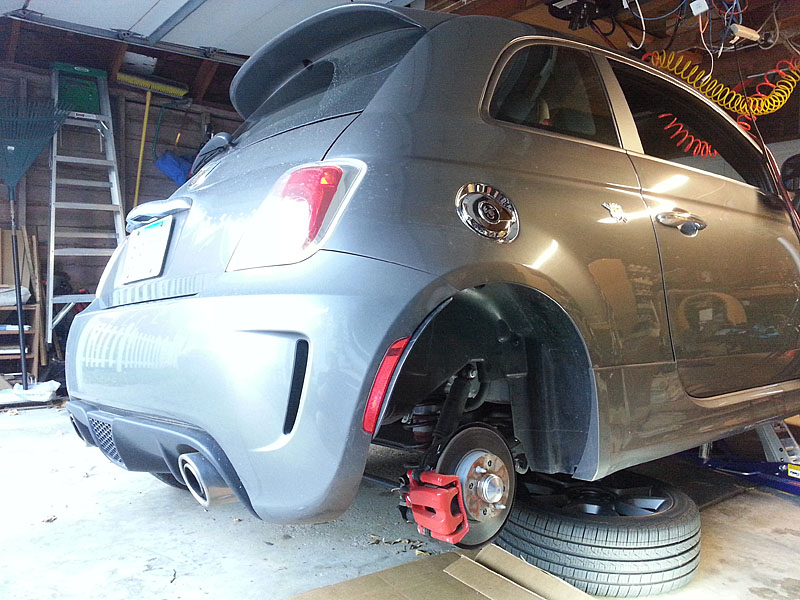